Patron Saint at the Distillery Gallery
Boston, MA
On Friday March 29th, the Distillery Gallery became a heavenly red tide of carnations as media artist Georden West presented her first solo installation, Patron Saint. Designed and built in collaboration with MIT’s Meesh Zucker, the piece featured over 7,200 live flowers encasing a fashion film and an interactive wall that required participants to kneel before it in order to see beyond. And on view: Jamall Osterholm’s haunting SS19 fashion collection. Patron Saint demonstrates the power of fashion, media, and temporary installation to unpack traditional conventions of gender, race, and sexuality.
The temporal nature of the installation reflects the ephemerizing perception of queer identity. As the maintenance of memory and memorial of queer history is relegated to the responsibility of queer communities, West and Zucker create a moment in time-space to transport and immerse gallery attendees in a space resembling curbside memorials and natural grave sites. At the core, Osterholm and West’s filmic collaboration rebuilds a world reimagining these power dynamics and elevates the queer body to the celestial that manifested into a one night immersive experience.
With skyrocketing numbers of single-incident, hate-based acts against individuals based on gender expression or sexual orientation and growing erasure of queer identities from the national census, their work felt imperative. West and Zucker responded by filling the empty white space with thousands of red flowers, simultaneously building an altar for new queer worship and a memorial for those lost to or facing discrimination based on gender expression or sexual orientation.
With specific interest in hagiographies within secular queer communities, Patron Saint is a testament to the power of design to create new places of worship and explore the sacredness of queer space. West and Zucker demonstrate where safe space and sacred place for marginalized identities coincide.
“...West, in collaboration with menswear designer Jamall Osterholm, conjures a mythic landscape of religious figures clad in shimmering black. Seraphs, saints, and spirits, dressed in Osterholm’s designs, exude West’s prime influences: queer bodies, heavenly figures, and historical context. It’s a fashion show, a lesson in the classics, and an immersive performance in one…[Osterholm’s] pieces invoke a sort of diachromatic Afrofuturism, he himself a tailor for sleek aliens. Working in combination, Osterholm and West have imagined a landscape full of unblinking elder gods covered in the ink of night.”  –Boston Hassle
Patron Saint is only the beginning for radical collaboration between West and Osterholm. September marks Osterholm’s solo NYFW debut along with the unveiling of a provocative new film between him and West. 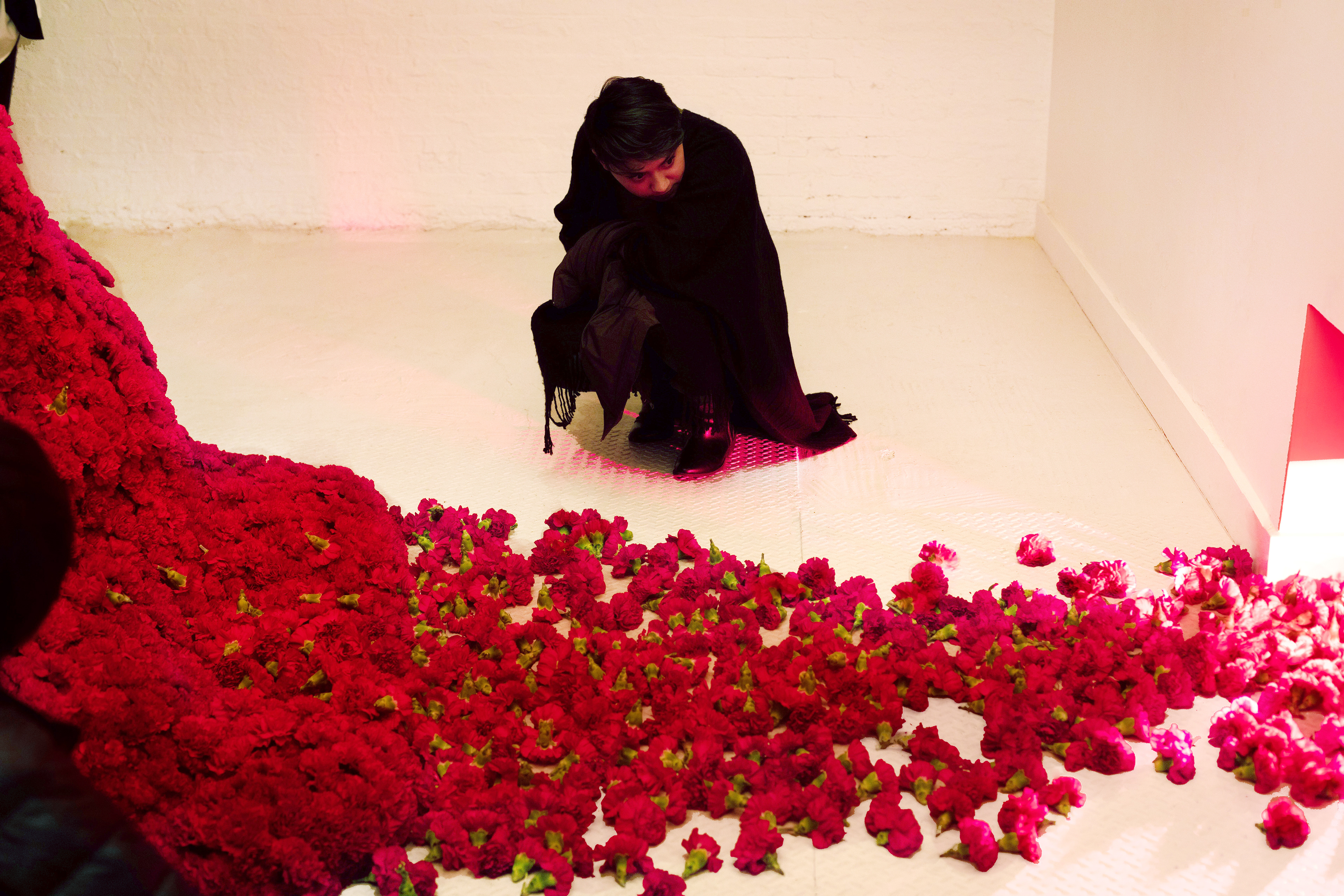 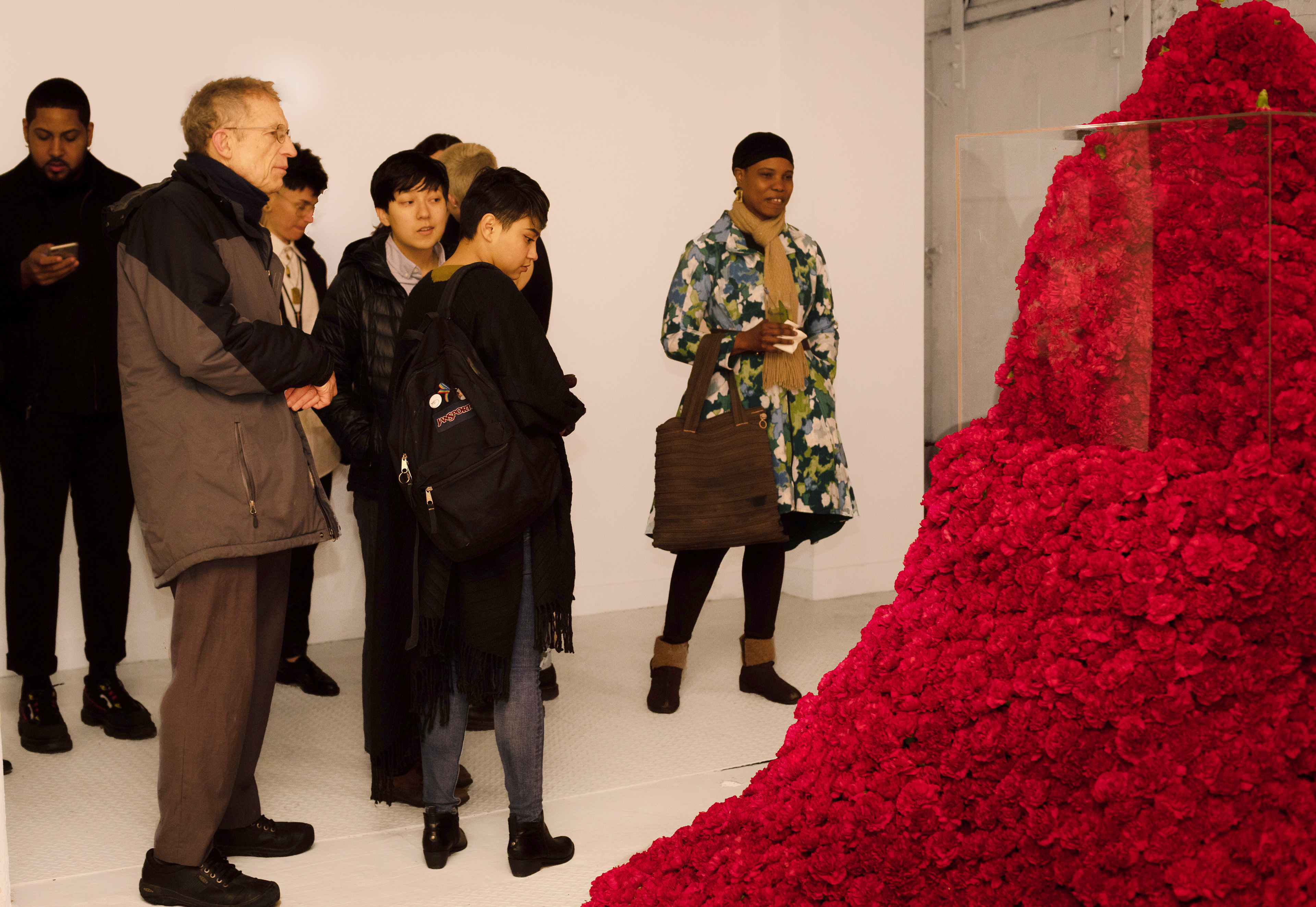 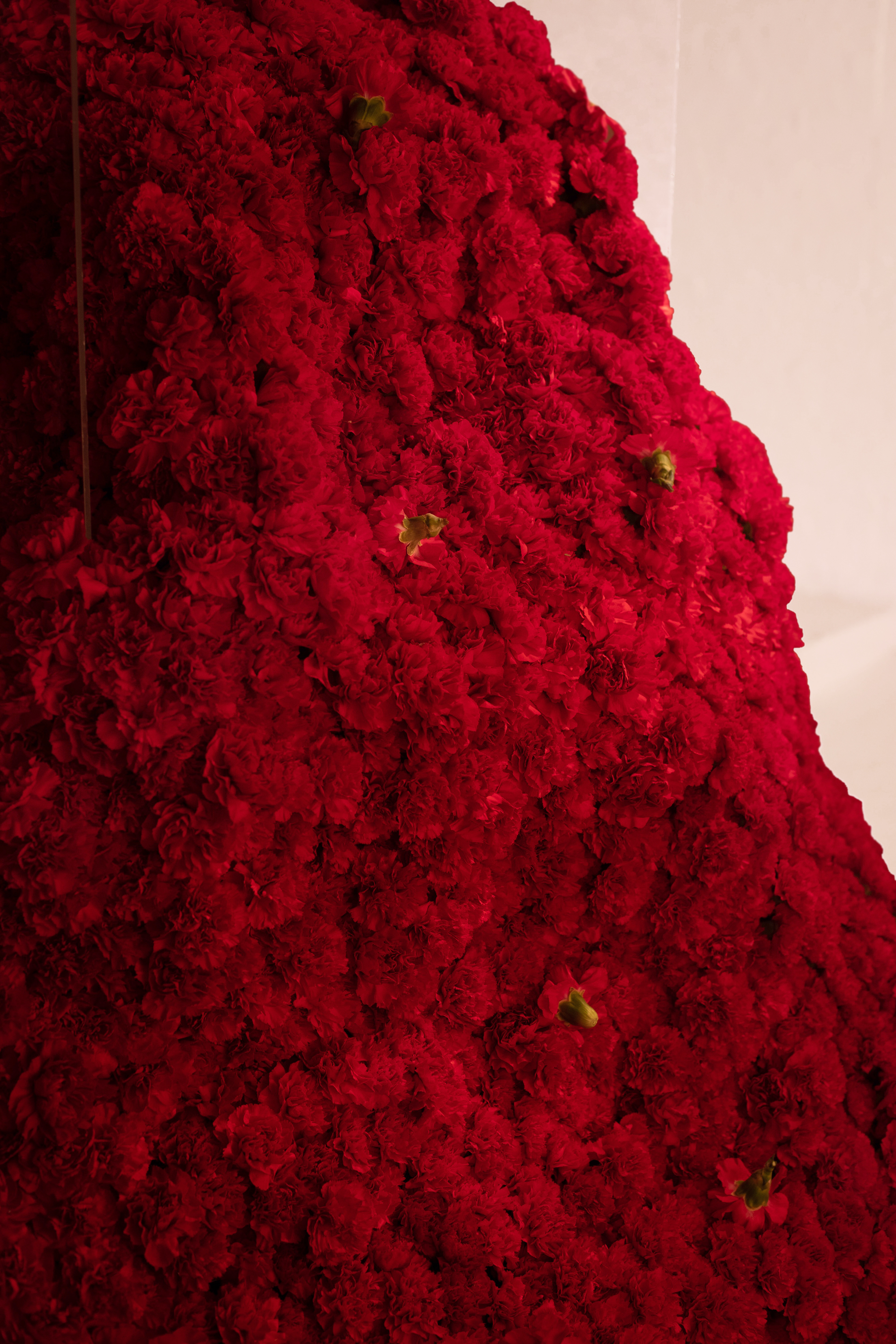 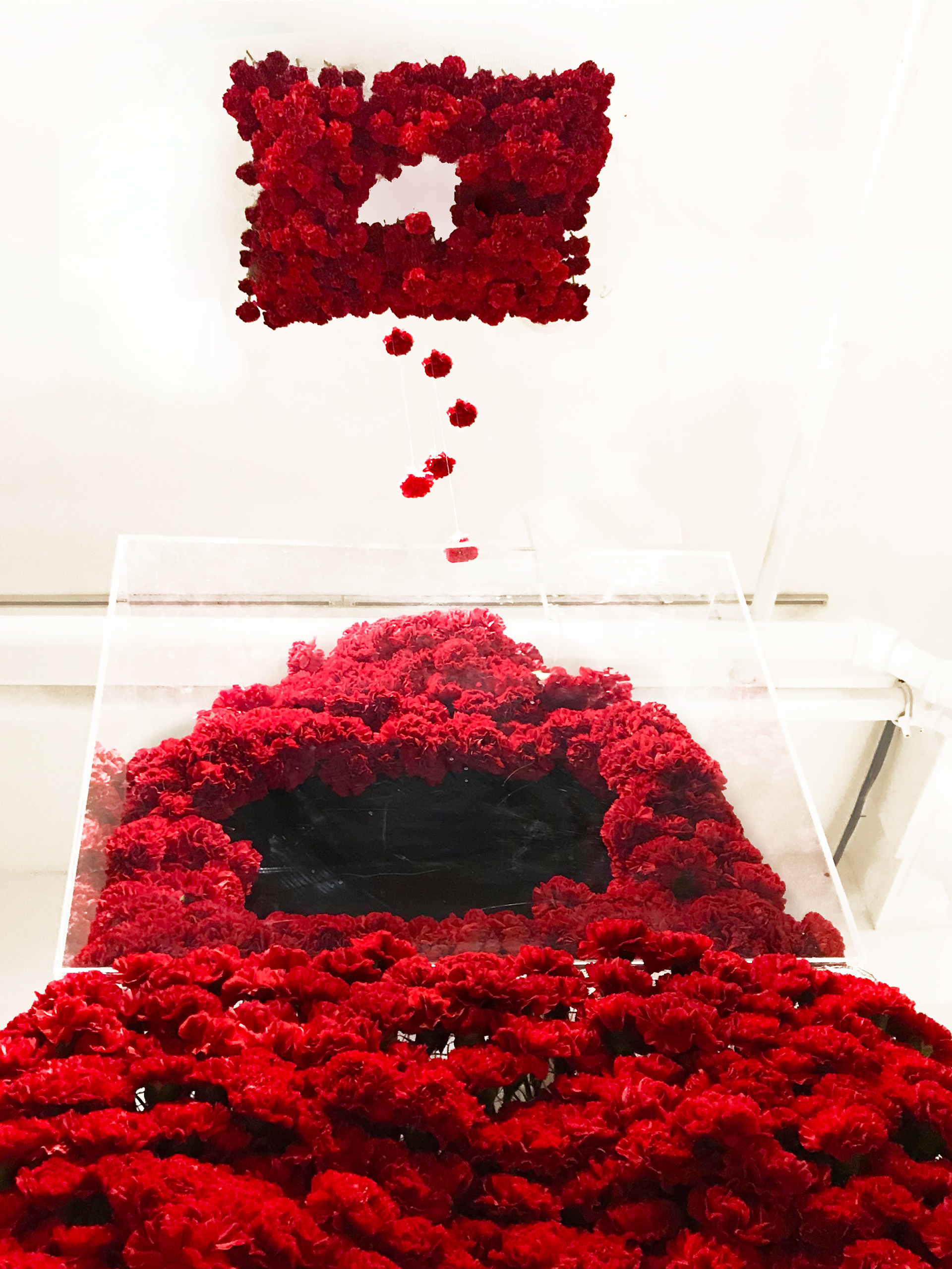 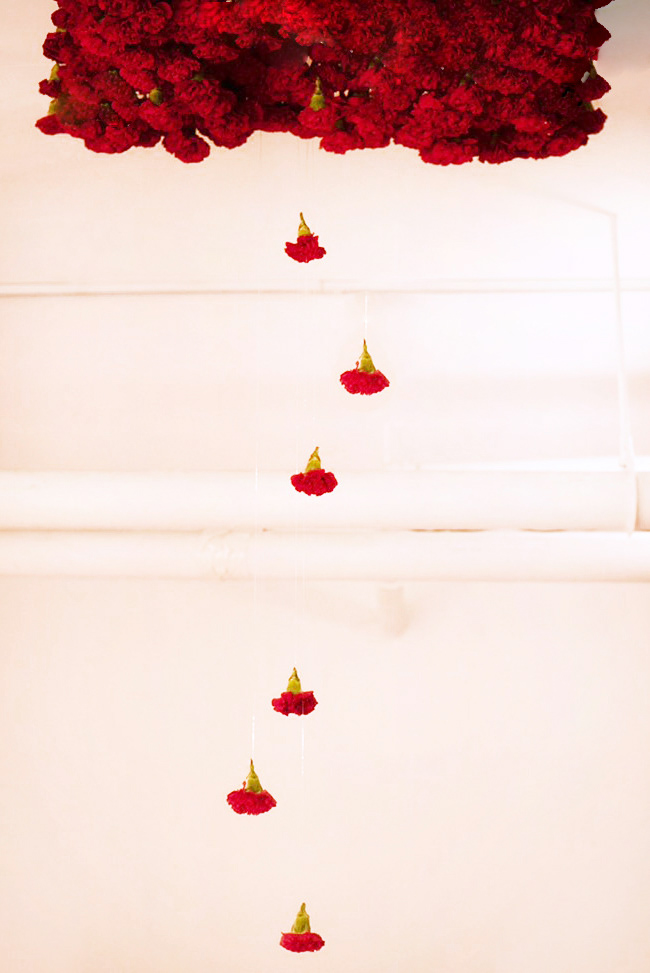 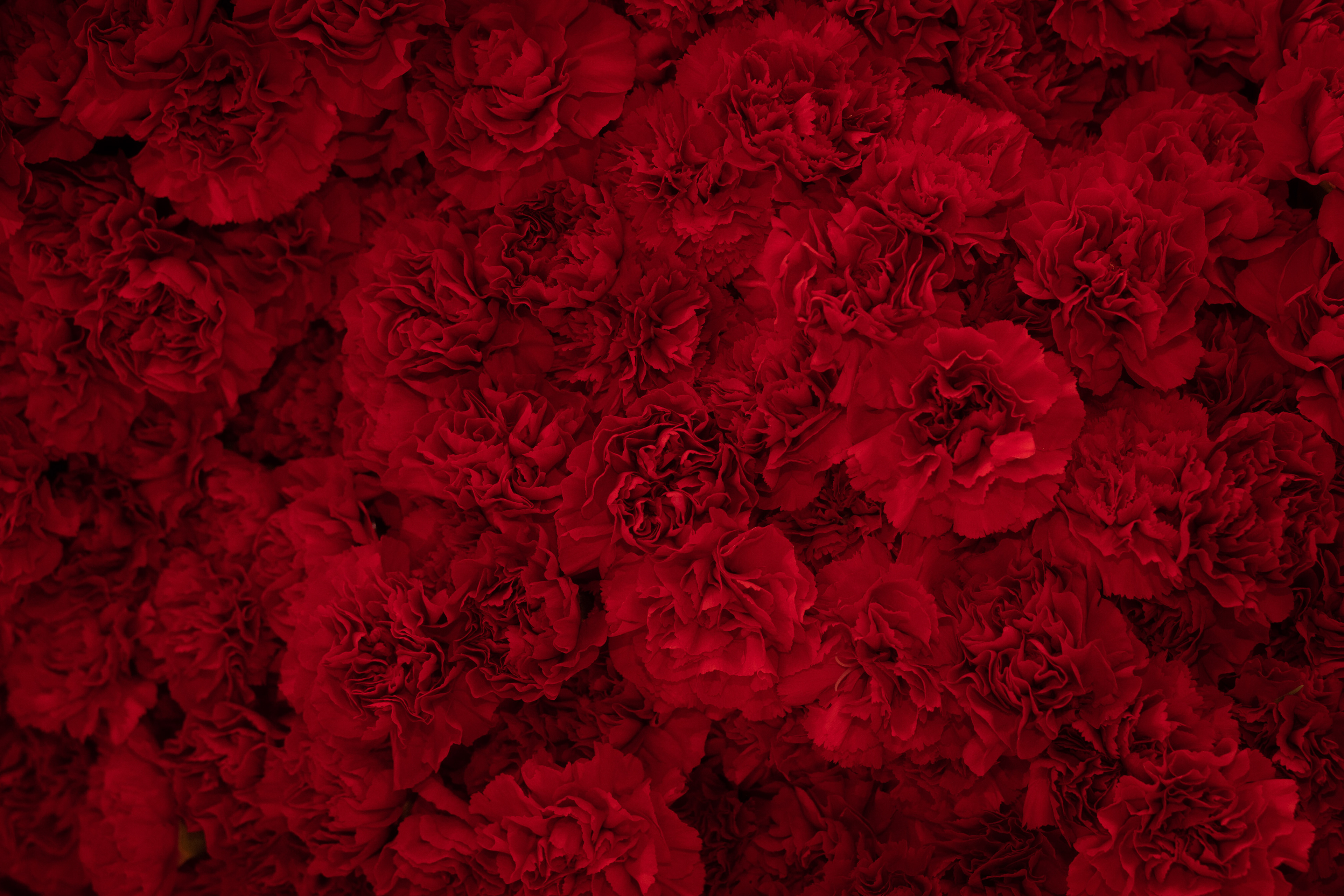 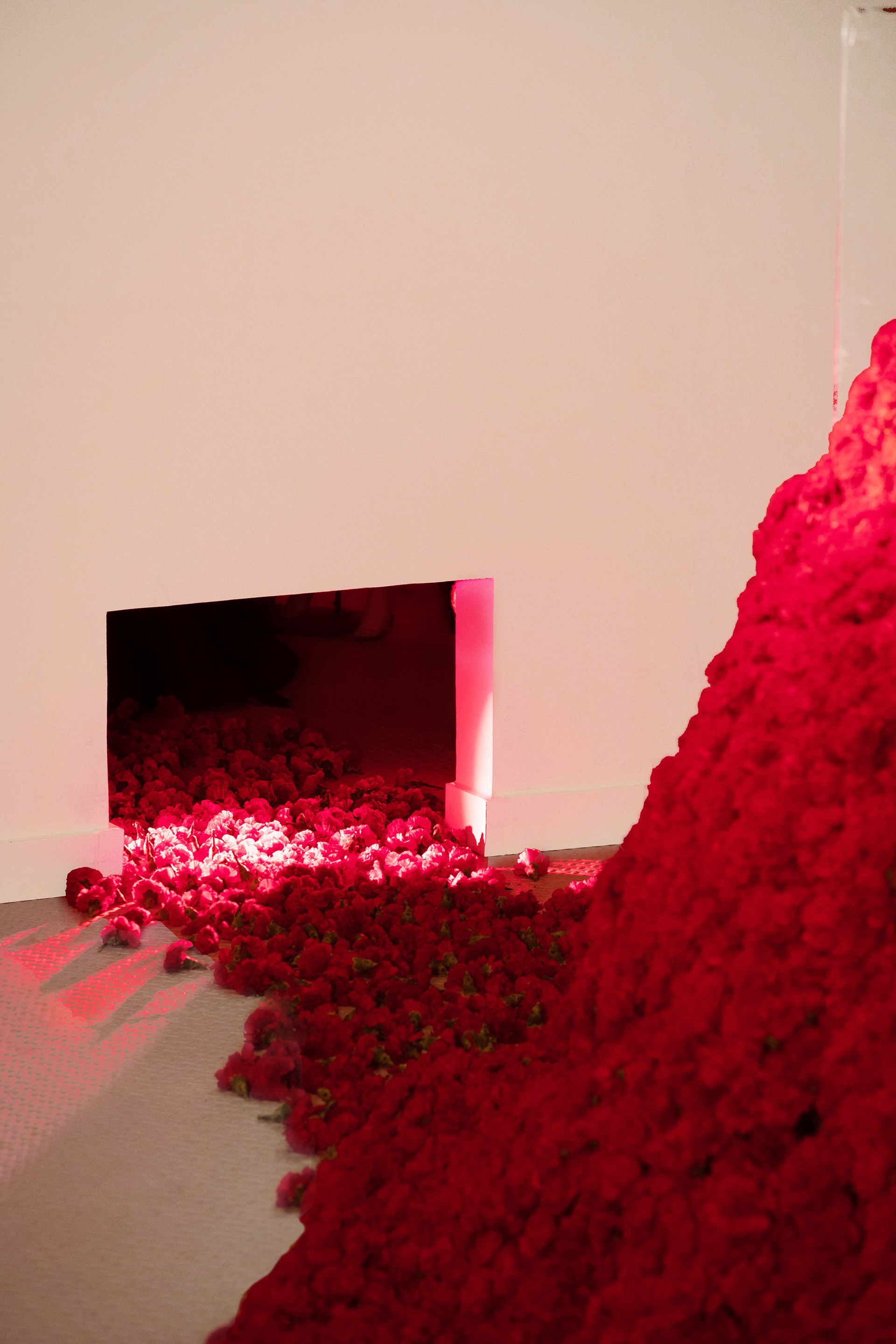 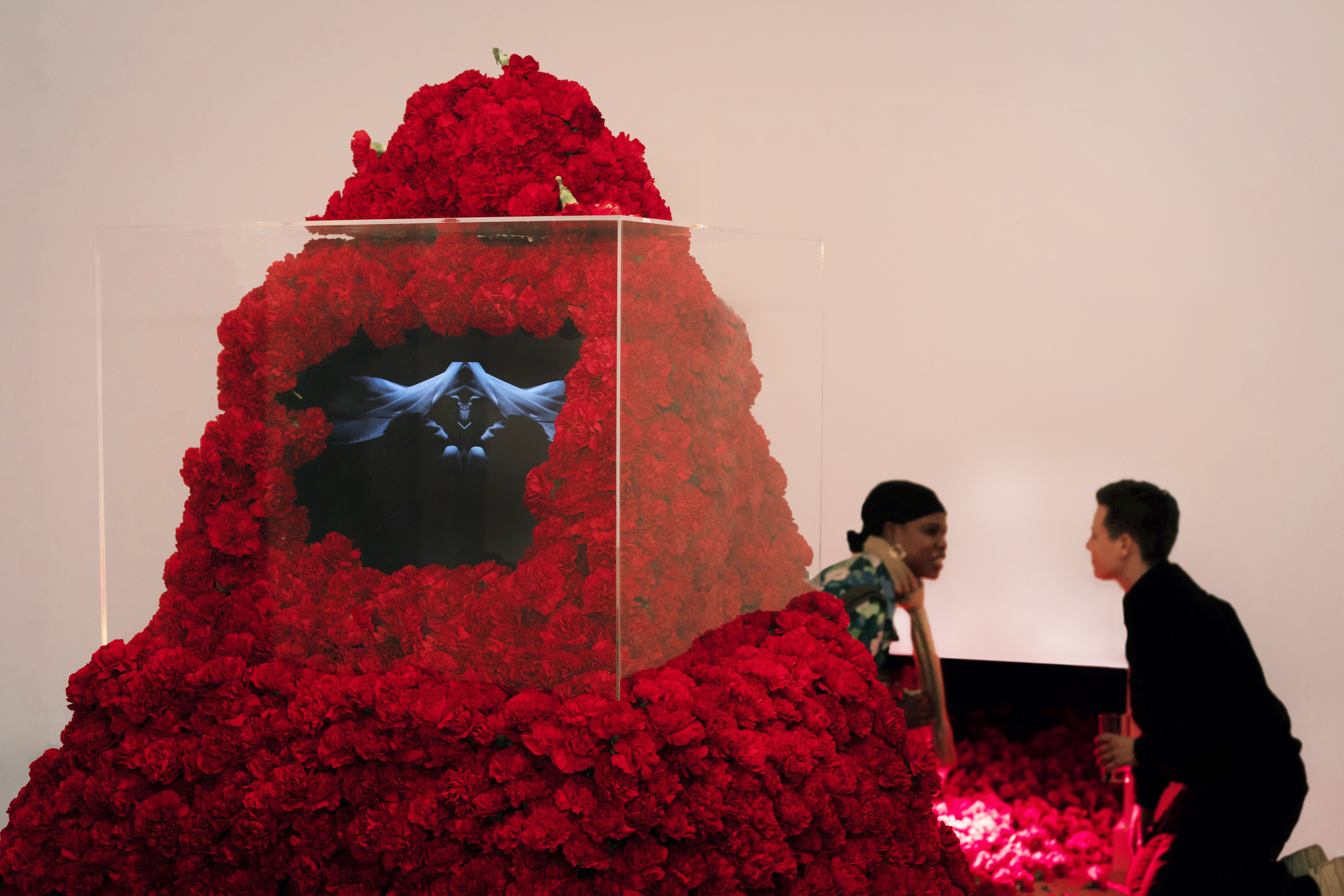